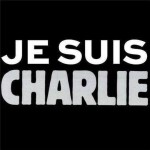 Today, gunmen attacked the offices of the French satirical magazine Charlie Hebdo. Twelve people were killed and several others were injured. The gunmen entered the offices and opened fire during an editorial meeting. Among those killed were the well-known cartoonists Cabu, Tignous, and Wolinski and the editor Stéphane Charbonnier. This attack has been condemned by French President Hollande as the worst attack in France for decades.

Cartoonists from around the world have begun responding to this attack on social media and websites like Cartoon Movement. In an interview with the Mail & Guardian, South African cartoonist Zapiro has said that this is the “worst attack on journalism, satirists, the press, and all free thinkers in society that we have seen in recent times.” Prominent African cartoonists have responded with cartoons condemning the brutal massacre and memorializing the French cartoonists. Some of their cartoons can be seen below (click the images to make them full size). 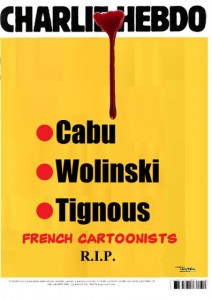 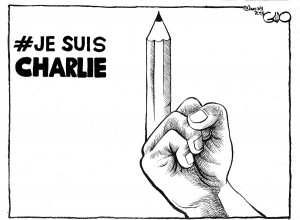 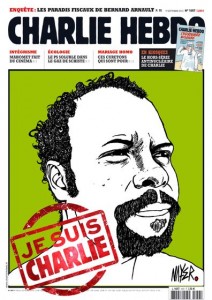 For more information and to see more cartoons responding to this attack, please see: