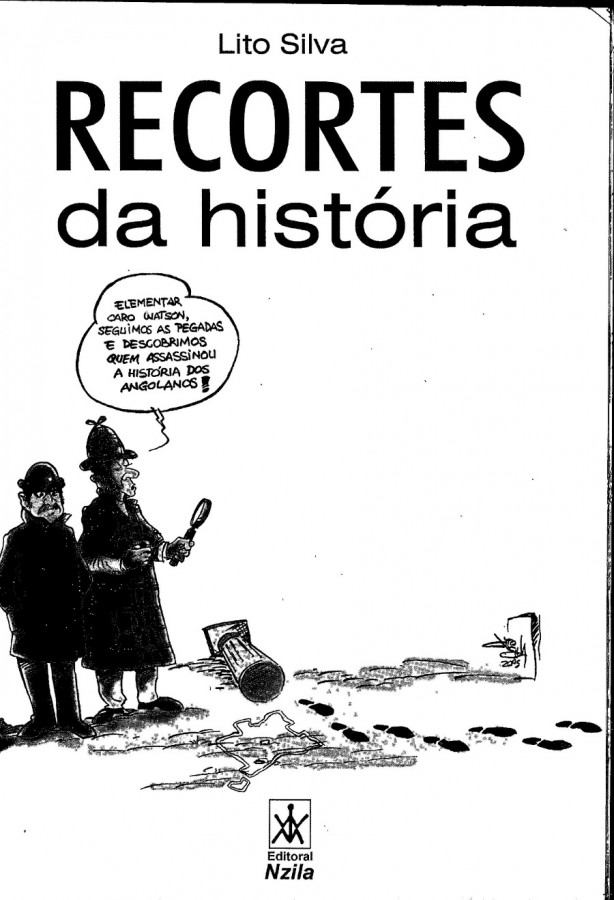 Recortes da História: Clippings of History.
“It’s simple my dear, Watson, we follow the footsteps and discover who killed the history of Angola!” 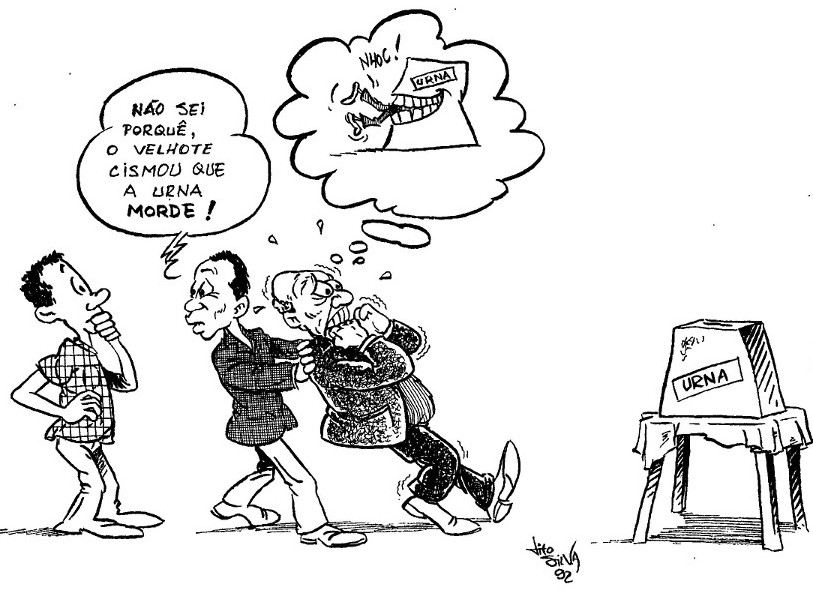 Man: “I don’t know why, this old guy is afraid that the urn will bite him!” [NB: in Portuguese, “urna” means both urn (for ashes) AND it means ballot box.] 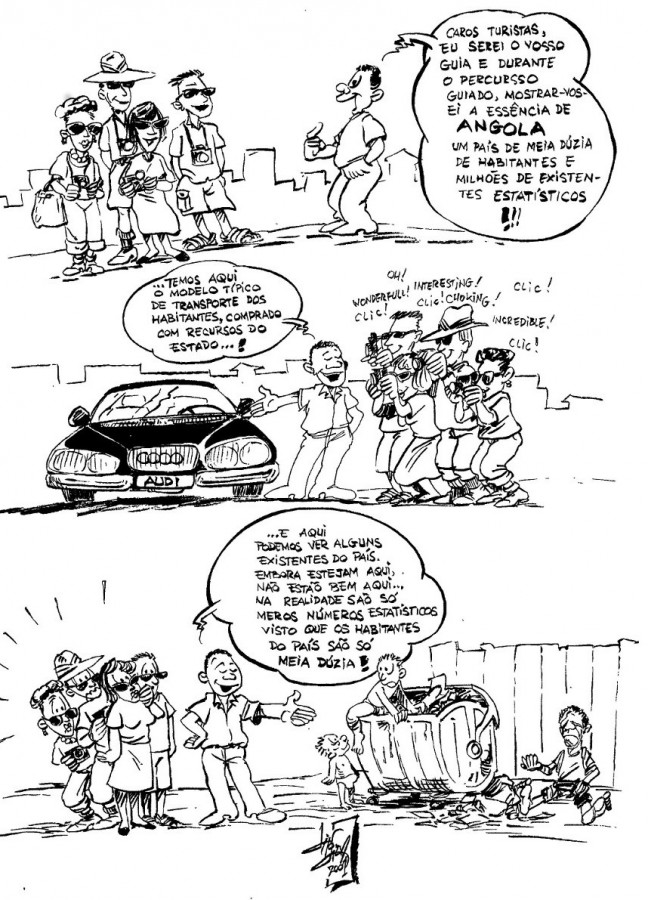 Guide: “Dear tourists, I will be your guide throughout this trip, showing you the essence of Angola, a country of half a dozen people and millions of statistics!!! …[gesturing to Audi car] Here we have the people’s typical means of transportation, bought with state funds…!”
Tourists remark: “wonderful/interesting/incredible/etc…”
Guide: [Gesturing to children in the dumpster] “…and here we can see a few of the country’s statistics. Although they are here, they’re not really here…In reality, they’re merely statistics since the number of actual people in this country is only half a dozen!” 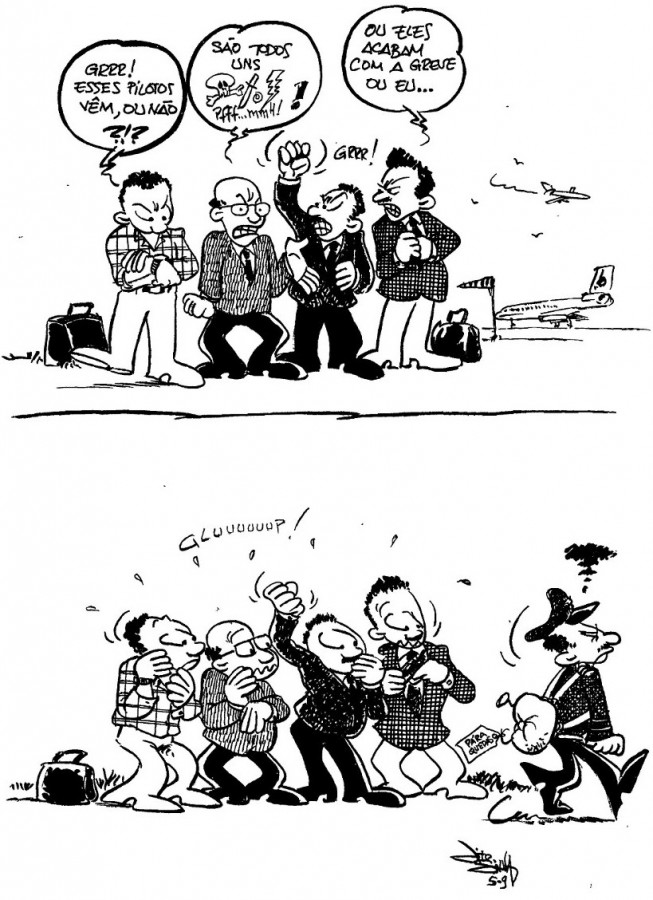 First Man: “Grrr! Are these pilots coming or not?!?”
Second Man: “They are all *&!@*! Pfff…mmH!!
Third Man: “Either they finish their strike or I’ll finish them…
[In the lower panel, the tag says “Parachute”] 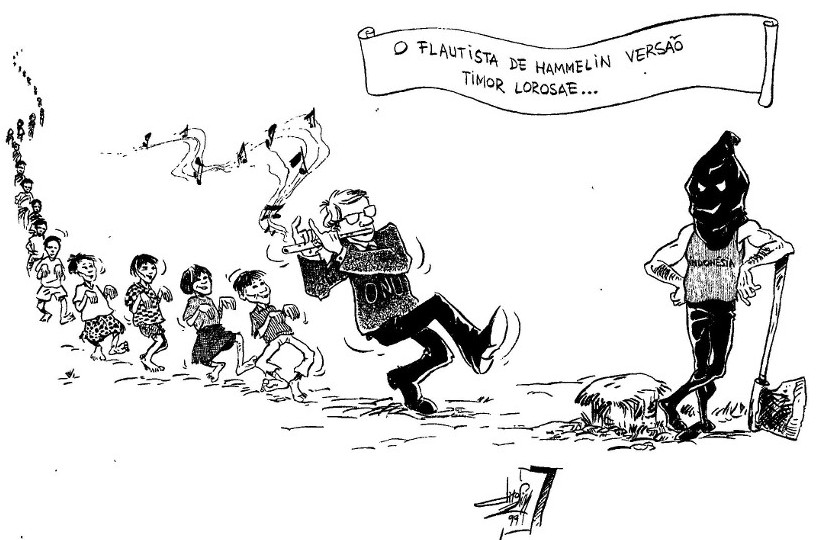 Executioner’s shirt reads: “Indonesia.”
The sign above his head reads: “The Timor Leste Version of the Pied Piper…” 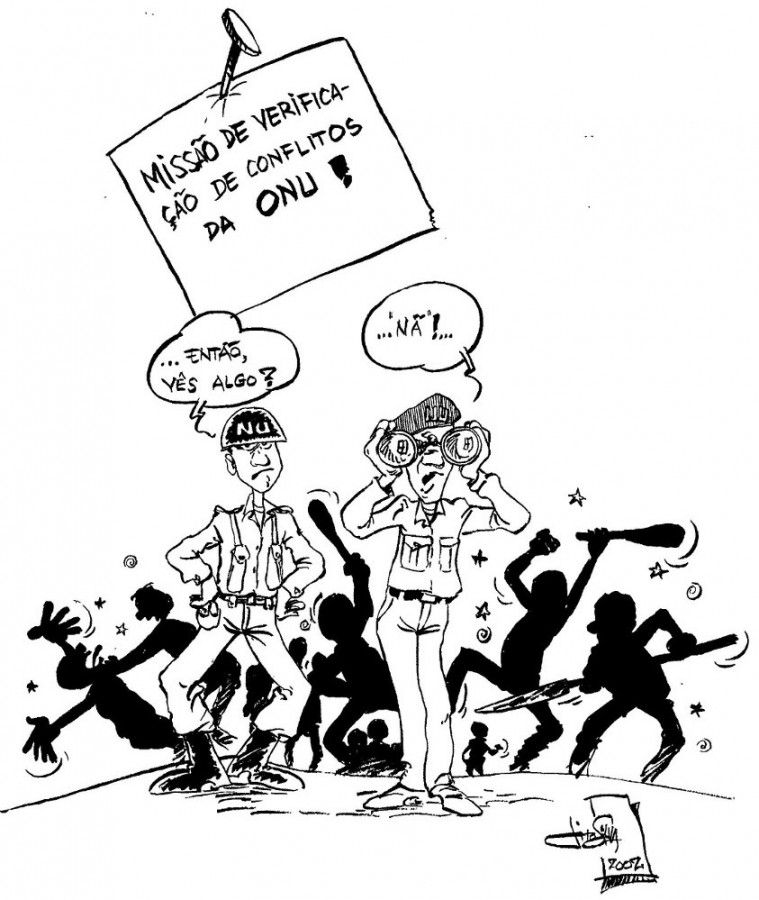 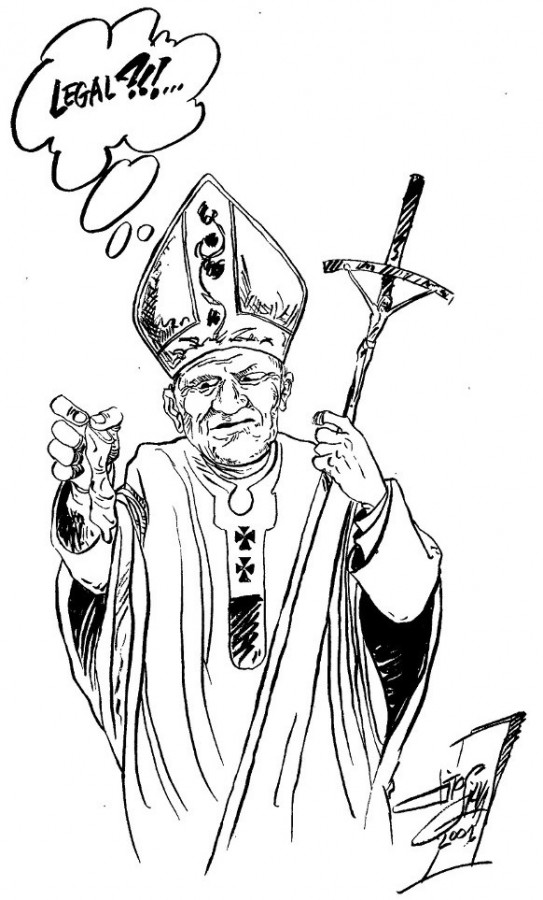 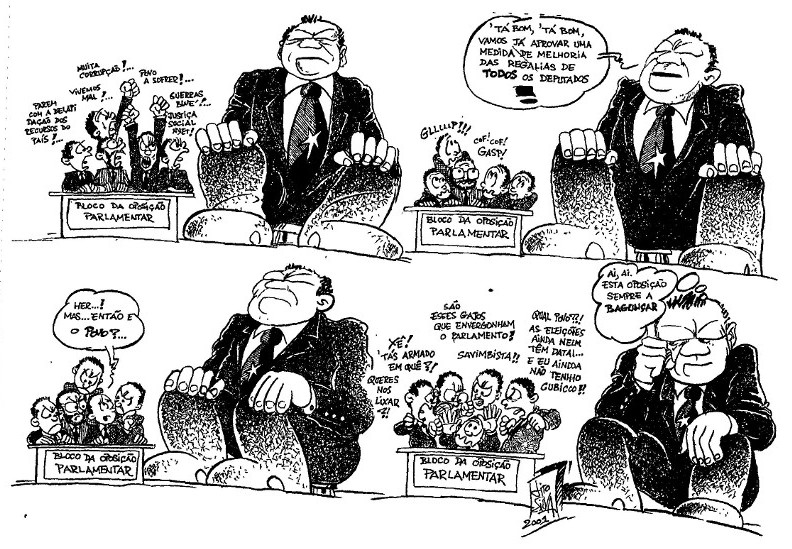 Sign reads: “Parliamentary Opposition Group.”
Exclamations from the opposition group of: “Stop wasting our country’s resources!”, “We live poorly!”, “Lots of Corruption!”, “The people are suffering”, “Too Much war”, “Social justice!”
The seated giant figure says: “It’s okay, it’s okay, we’re going to finally approve a measure to improve the rights of ALL deputies.”
One man from the opposition group: “Huh…! But… What about the people?..”
Opposition group: “You want to throw us out?!”, “What’re you doing?!”, “Those are the guys embarressing parliament!” “Savimbista!!” (referring to the leader of the UNITA military faction, Jonas Savimbi), “What people??! The elections haven’t even been validated…I don’t even have an office yet!!”
The seated giant figure: “Oh, oh, this opposition is always such a mess.” 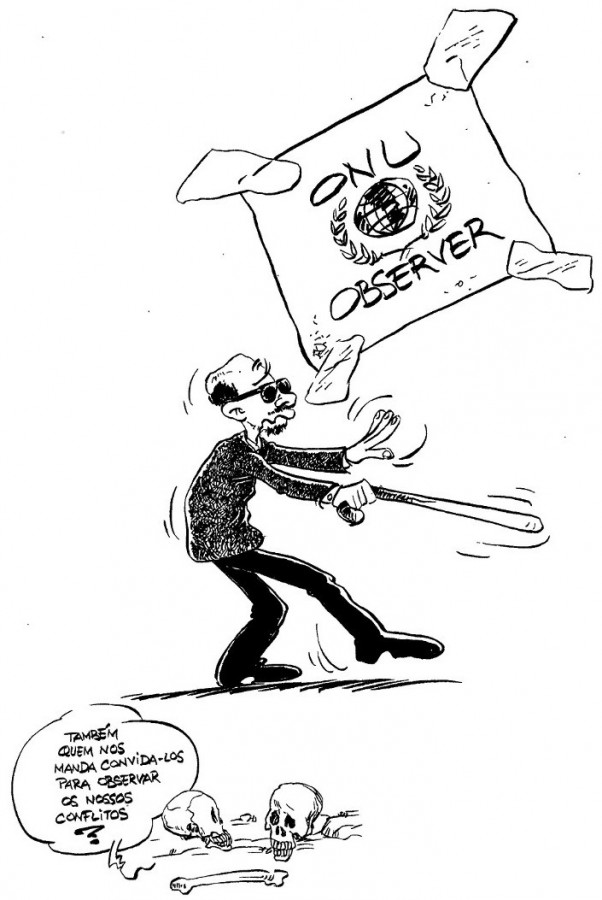 [Sign above the blind man: United Nations: Witness]
The skull: “They also sent us this guy to witness our conflicts?”