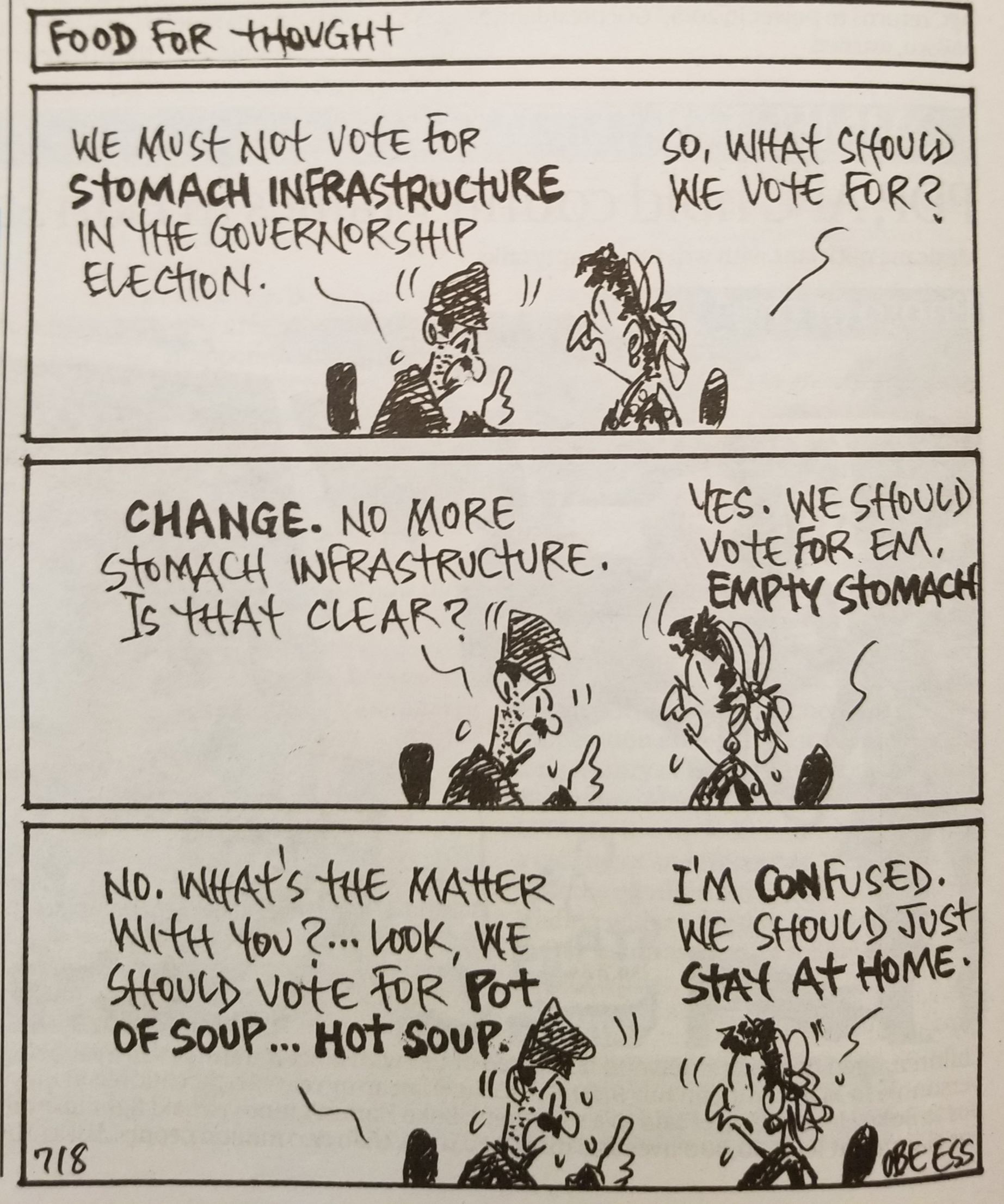 Again, this cartoon is about voters behavior. It’s a dialogue between two individuals on how they would like to vote. “Stomach Infrastructure” here refers to the candidate of the People’s Democratic Party (PDP). Stomach Infrastructure is an idea engendered by Mr. Ayodele Fayose, a member of the PDP, and the immediate past governor of Èkìtì state. According to the former governor, giving food to people is a dividend of democracy (and maybe the most important).

“Change” on the other hand refers to the All Progressives Congress (APC). “Change” was the campaign slogan used by the members of the APC before and during the 2015 elections.

I this piece, the individuals are confused. They are deciding on how they would like to vote and why they would vote the way the hope to or whether they should not be a part of the process.

In one way, this is also a commentary on how Nigerian politicians and their idea of politics are creating voters’ apathy in the country.