Home > the change we need

Tag Archives: the change we need 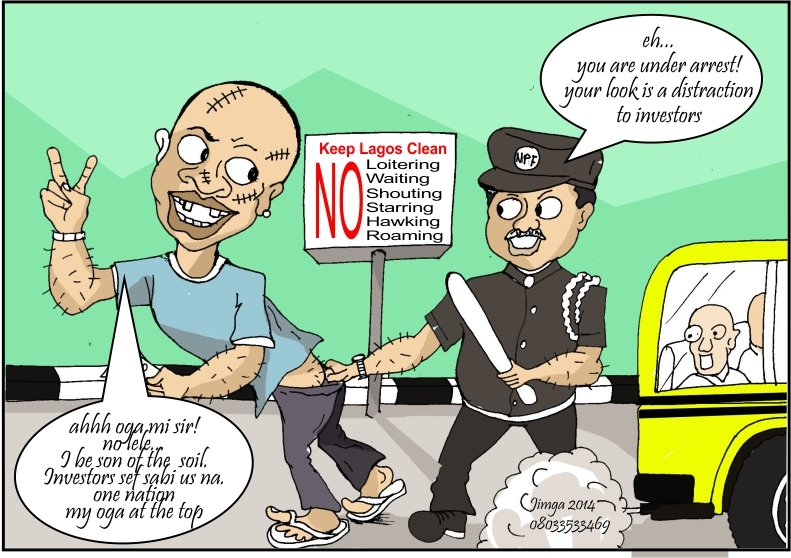 The election is over. Time to clean the street off the ‘instrument’ of electioneering. 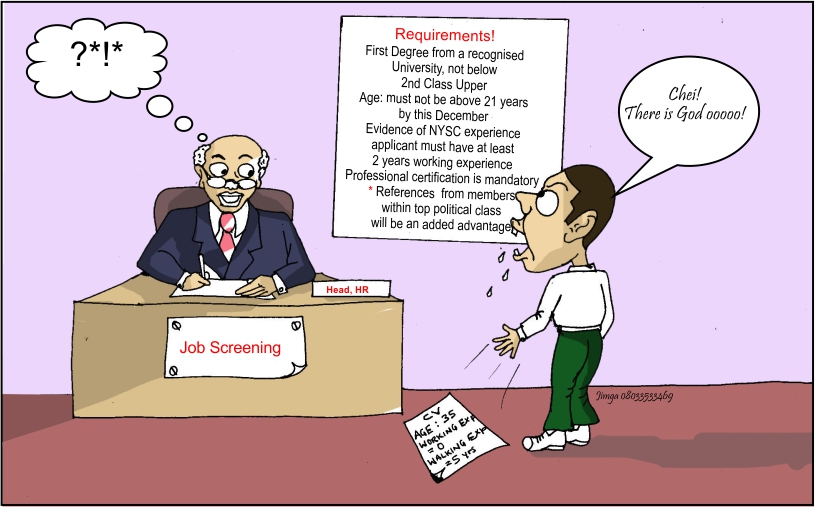 The rate of unemployment is alarming in Africa’s biggest economy. What a paradox? 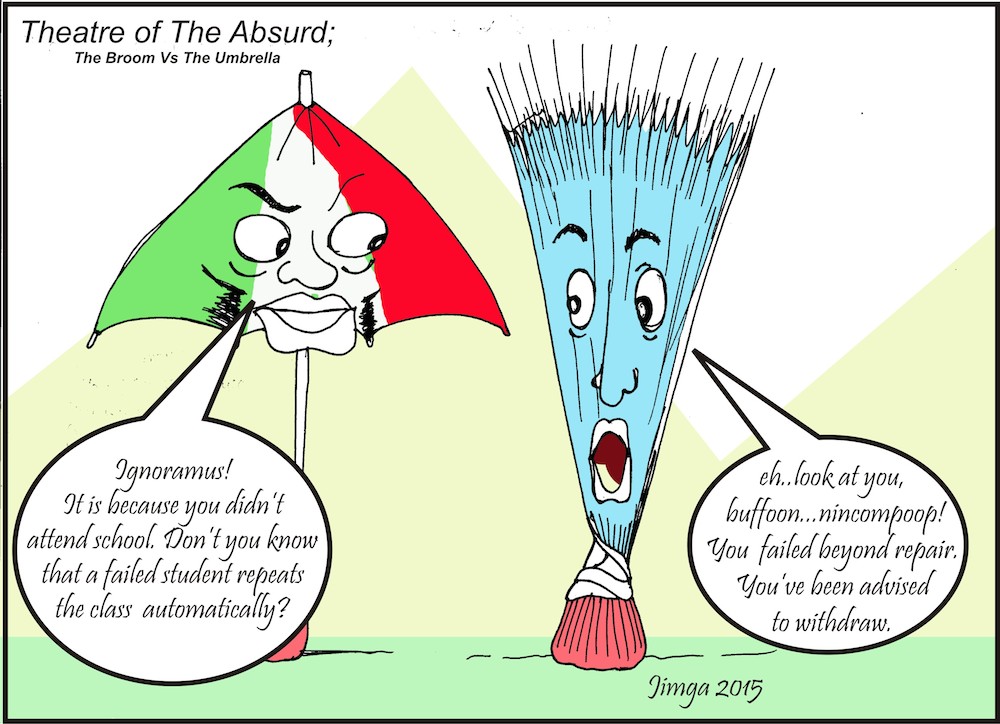 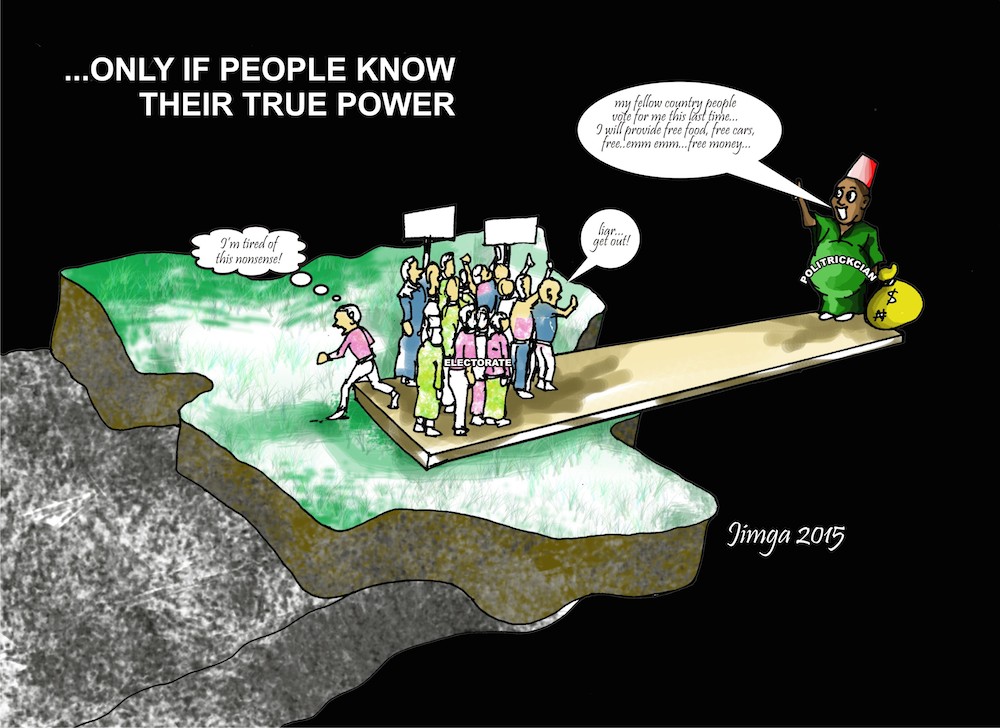 The 2015 Nigerian Presidential Election created familiar ambiance of promises and lies by the “Politirikcians.” As they make promises of heaven on earth for gullible electorates. This work draws inspiration from the cartoon posted by SADHIL on Feb. 27, 2012.

Ganiyu “Jimga” Jimoh – No Hitting Below the Belt 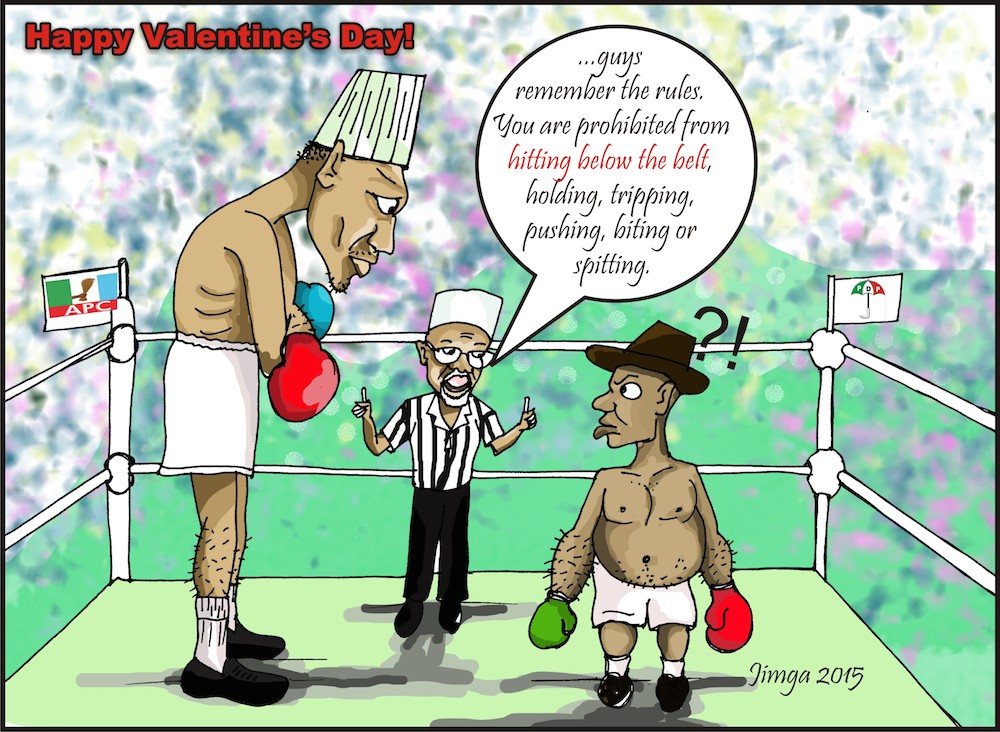 The 2015 Nigeria Presidential Election scheduled for February 14 – St. Valentine’s Day – a day regarded by many as lovers’ day. From the background of various allegations levied against one another by the two “strongest” presidential candidates and their supporters, it is becoming glaring that one candidate is “taller and stronger”. Only if the rules of the game change can the “defending champion” win in this tournament. 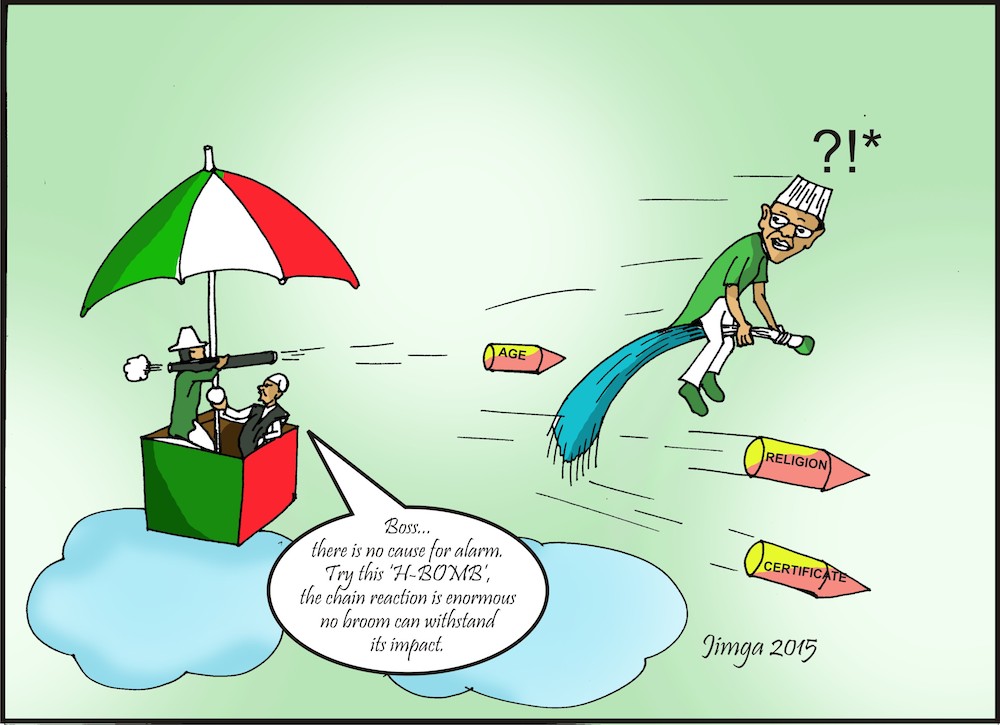 The incumbent and his “technical adviser” have devised means of destabilizing their strongest opponent. 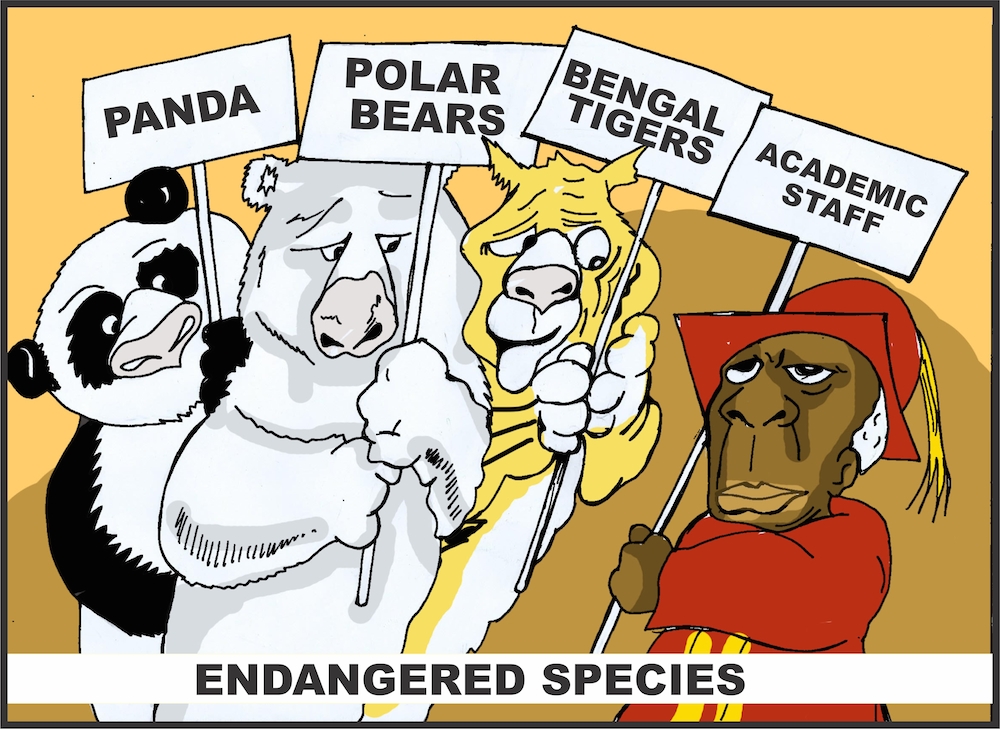 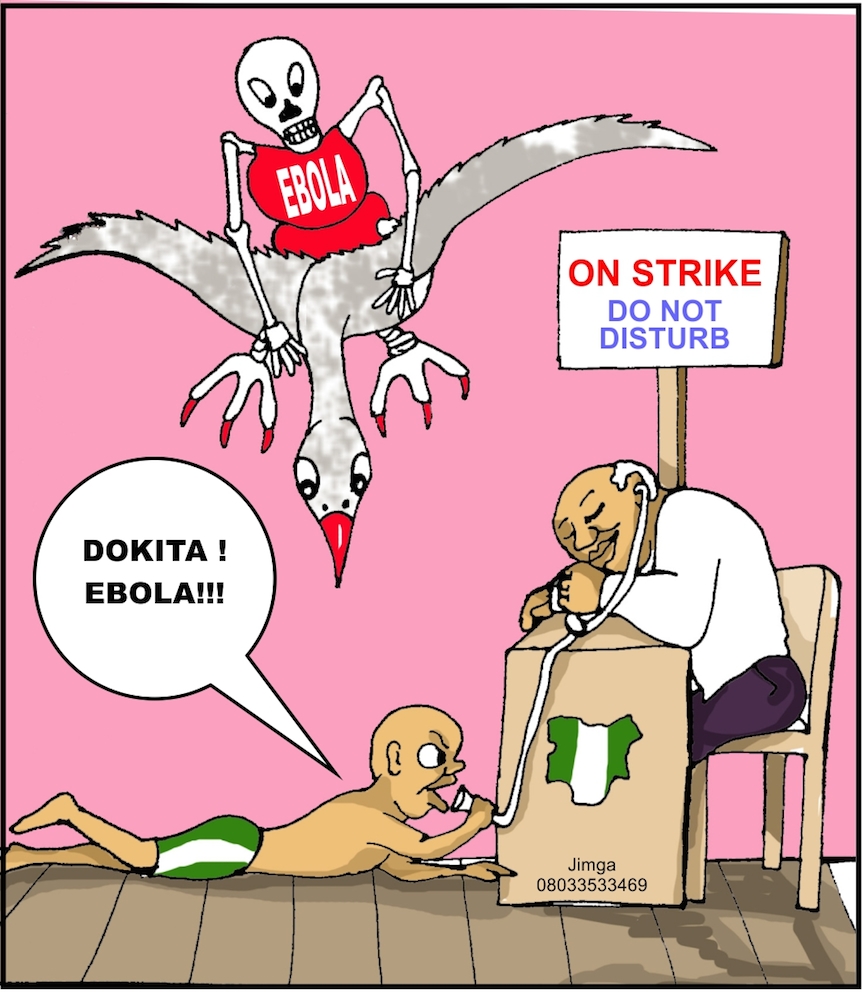 It was so dreadful in July 2014, when Patrick Sawyer, who was “terribly ill”, possibly knew he had Ebola before traveling to Nigeria brought the deadly virus. More frightful was the fact that our doctors were on strike! 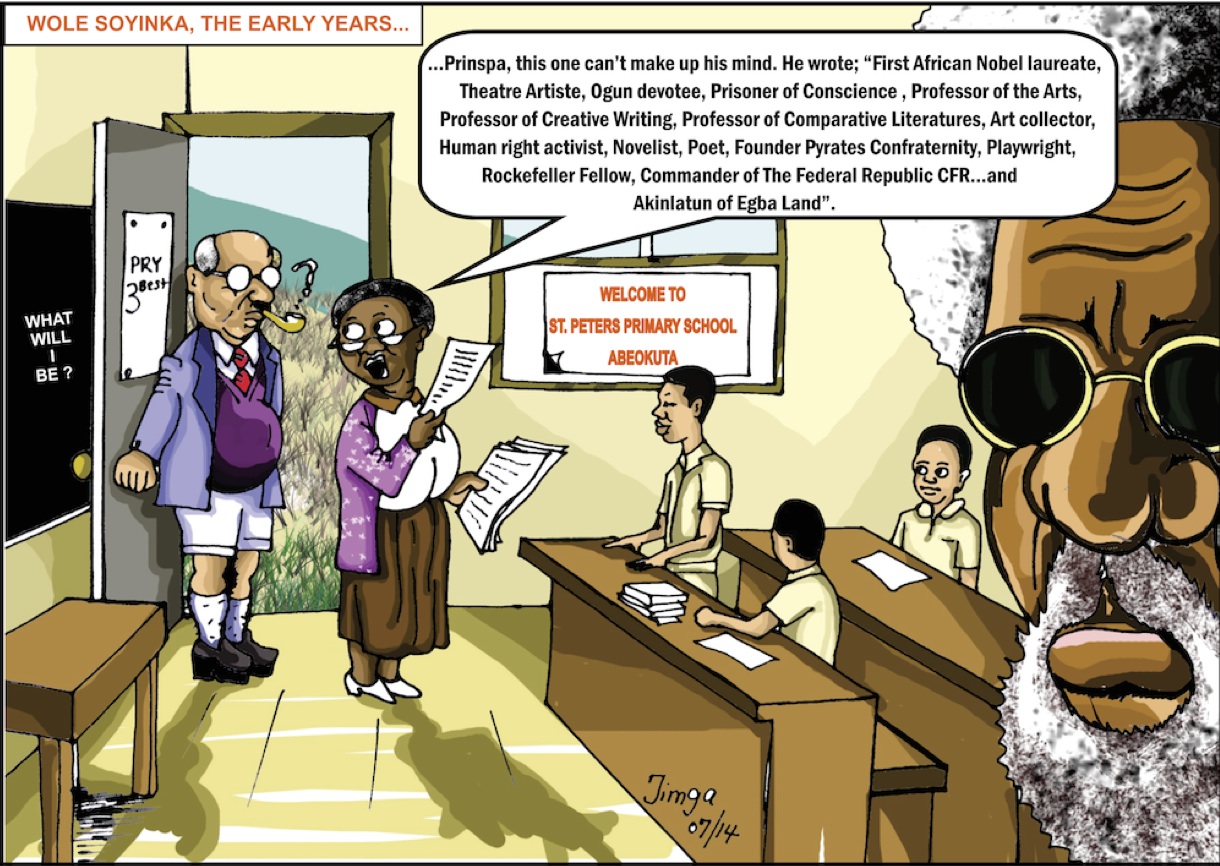 This cartoon was exhibited at Wole Soyinka’s 80th Birthday Art Exhibition organized by the Department of Creative Arts, University of Lagos. It draws inspirations from Zapiro’s 1998 cartoon for the icon Nelson Mandela on his 80th birthday. These giants have a lot in common. 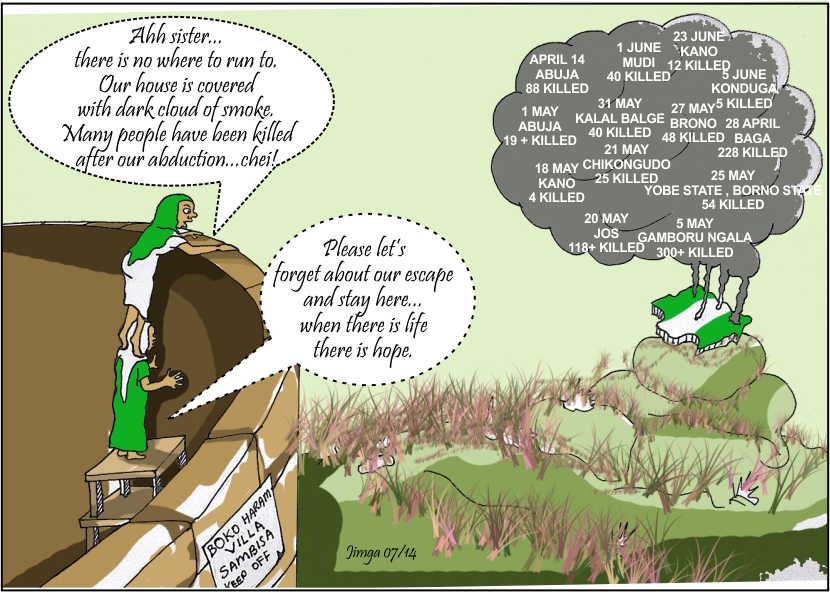 This cartoon was published against the backdrop of several terrorists attacks by Boko-Haram group, following the “Chibok girls” abduction. This group has been terrorizing the Green-White-Green nation- Nigeria since 2009. On the eve of 14-15 April 2014, about 276 female students of Government Secondary School, Chibok, Borno State were Kidnapped. Their whereabouts are still unknown! Nowhere appeared safe: churches, houses, palaces, mosques, hospitals, shrines, motor parks, farmlands, schools, police stations, army barracks…everywhere has been “touched”. Paradoxically, nowhere seemed safe except the Boko-Haram’s den!