This is a cartoon on voters’ apathy. People are seen talking on the street on why they see no point in voting because they believe politicians rig elections and their votes do not count. In agreement, a woman says all she uses her voter card for is to tender it as an identity card at her bank.

Adeeko Olusegun – I Will Rig Election…

In this cartoon, there is a woman and a boy talking. The woman finds a teachable moment in a statement made by Governor Abiola Ajimobi of Ọ̀yọ́ state. According to the governor, his political party, the All Progressives Congress (APC) “won’t rig [election] for anybody”.

In a way, this is a didactic cartoon. It seems to be teaching adults and young children about what should happen if someone takes part in fraudulent electoral activities. 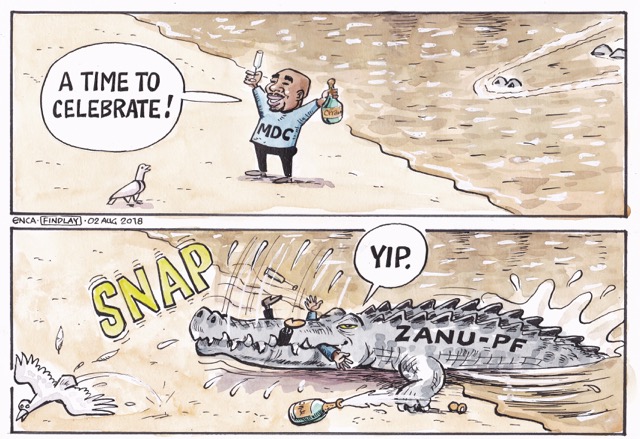 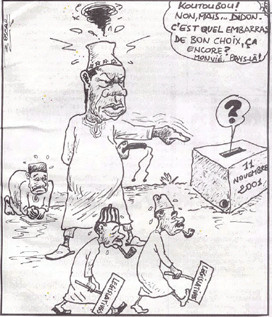 – Person 1: “Koutoubou! Yet,…. What embarrassment for good choice, again? My God, this country?!” 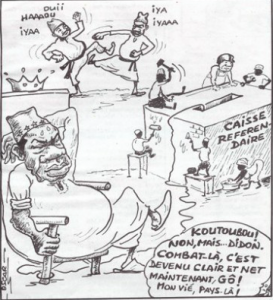 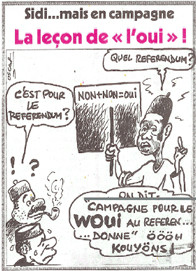 The lesson of “Yes”

– SIDI… But in Campaign

The Lesson of “the Yes”

– Person 2: “WE Said Campaign for the YESS at the referen…DONNE(GIFT) 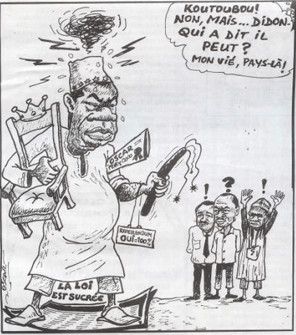 “THE LAW IS SWEET”

YUSUF BEN BARRY – The Pipe of the Peace! 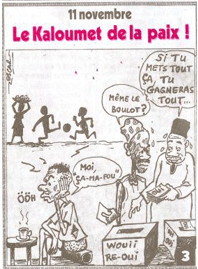 NOVEMBER 11th
The “Kaloumet”(Pipe) of the Peace!

– Person1: “If you bet all of this, you will win everything…” 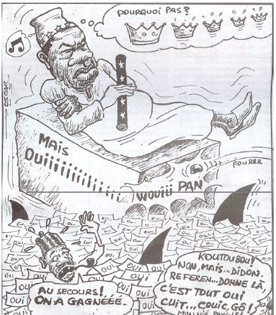 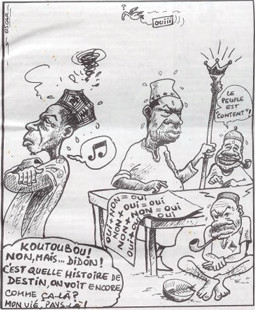 – Person 2: “KOUTOUBOU No, But…well! What is this story of DESTINY! We are seeing this again. My God, this country?!